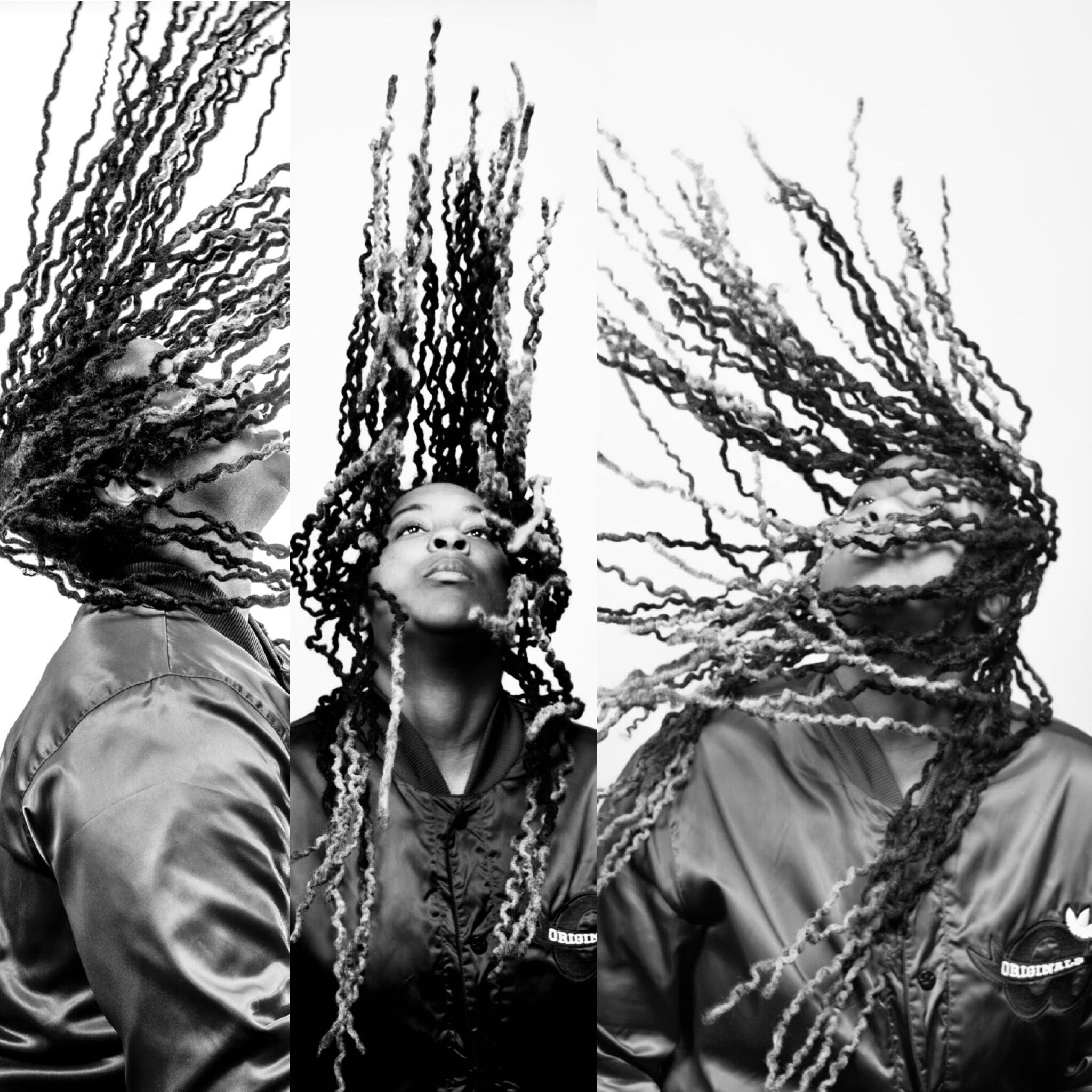 Protest singing is a female art too. From sexual abuse to Grenfell, there’s a lot to be p*ssed about.

Jemima Foxtrot suddenly jumps into the middle of a sleepy, Dorset pub, takes a swig from a whiskey bottle she took from the bar and shouts “Kiss me, Help! I hate you.”

In a thick Yorkshire accent, she sings Shania Twain’s ‘Man! I feel like a woman’ and passes party hats around to punters. She then starts heckling poetry at them and expects them to join in.

The 30-year-old describes her work as confessional. “Kiss me, help! I hate you” follows the lives of three women all at transitional stages in their lives. Her show ‘Above the Mealy-mouthed sea’ was a semi-autobiographical rendition of her experience with childhood sexual abuse. ‘Melody,’ of her abortion. She quotes the proverb ‘I make art about my life so I don’t have to talk about it’– “I feel that quite strongly.”

Political music has moved into the spotlight in the recent couple of years thanks to the likes of ‘Stormzy.’ But it is not a new phenomenon. Female protest artists, from singers to poets have long used their talent for justice, change and healing.

Holly fisher, a poet from Bracknell, helped the women of Berkshire’s Women’s Aid’ to deal with domestic abuse, with her rap ‘Yo dominator.’

Jemima and Holly perform intimate and personal protests, which outside of poetry and spoken word, would be inexplicable. Kate Tempest and Grace Petrie are just two of the singer, songwriters who join them in the UK’s understated, yet growing, female protest movement.

Kate Tempest, an acclaimed lyrical activist doesn’t shy away from, well anything, from war to media scare mongering to climate change, and that’s just one single.

‘Europe is lost:’ “All the blood that was bled for these cities to grow…your kids are dosed up on medical sedatives, but don’t worry ‘bout that, man, worry ‘bout terrorists…the polar bears are dying.”

The women today aren’t searching for a voice, they are it -perhaps with a little help from their foremothers, Leslie Gore and The Slits. Even Beyoncé famously dedicated her Super Bowl performance to the “Black lives matter’ campaign with ‘Formation.’ Most recently H.E.R debuted her song ‘Anti,’ an R&B single that told all the trolls, racists and mainstream beauty standards to f*ck off.

“Folk music is for disturbing the comforted, and comforting the disturbed”

Maddie Morris, a young folk protest singer confesses, protest music does not have to be defined by “someone very explicitly talking about this policy and this political party. But actually it can be a lot more subtle than that, and in some ways…just as powerful.” BBC’s Young Folk award winner, finds that they are in fact the political subject, “if you’re gay, and if you’re a woman, in some contexts, your existence is political.” If they were to start their career by writing love songs about boys, like a Taylor Swift pop serenade, they would never have been told they were a political artist.

They decided to use their music with the specific intention of talking about power structures and politics, “everyone is seeing so many awful human rights violations and atrocities around us and what’s great about music is it has that transparency…folk music is for disturbing the comforted, and comforting the disturbed.”

In this Trump and Brexit era, why shouldn’t music be used to challenge those in power? Stormzy, Dave and Kendrick Lamar have topped charts with their political protests from ‘Vossi Bop’ lyrics “F*ck Boris” to Kendrick’s Black Lives Matter anthem ‘Alright.’

During the UK’s election in December 2019, Grime4Corbyn made a comeback with #Grime4Corbyn 2.0. The second wave of the movement which started in 2017 to get more young people to vote. Stormzy and other grime artists and MC’s such as ‘Novelist’ have been the famous faces of the movement. However, the female artists involved, include protest singer Nadine Shah, Shura, Katy B and Nadia Rose. In most cases, not the first names or even the first five names mentioned when searching for the cause.

We are being labelled as the ‘Snowflake generation’ and some may say, this type of music facilitates whining about our problems, but it has helped us through wars and injustice.

Rewind back to 1960s and protest music filled the radio stations. Aretha Franklin awed us with ‘Respect.’ Nina Simone among others bemoaned the escalating Vietnam war. Yet, Bob Dylan is the name from the 60’s you’ll most likely recognise.

The 70s started ‘Second Wave Feminism,’ “I am woman” by Helen Reddy was all about positive self-image thanks to the women’s liberation movement. But, male artists such as ‘Billy Bragg,’ own protest music of this decade.

Despite this, Maddie Morris recognises ‘second wave feminism’ as a turning point in protest music. One that changed the narrative of our generation’s activism. Today’s audience “respond well to these personal narratives because…we’re taking ourselves and we’re using our narratives to show people that actually we are people and we’re not just this political idea.”

Take hip hop. It is a genre notorious for its sexualisation of women and yet it is a genre underrepresented by women. Rita Ekwere, aka RAY BLK refuses to conform. Her honest and explicit discography depicts real life experiences of growing up in London with gang crime. Her song ‘Run Run’ shows the life of a young man who can’t escape danger and is constantly running from people after him. Ray had her own experience with gun crime. It is essential to her to highlight injustice in her music.

‘Empress’ released in 2018 was labelled a feminist album. Ray was inspired by the #metoo movement to create a project to bring women together in self-confidence and worth, combating ideals presented by the media.

Similarly, Holly Fisher fought back at the hip hop genre in ‘Yo dominator.’ She avenged women who had been told they weren’t enough, using a genre notorious for derogatory language.

However, these are not chart topping, internet-breaking songs. When Stormzy roared “F*ck Boris” the people cheered, but you release an album of raw, uncensored storytelling about crime, sexuality and abuse by…what’s her name again?

Their name doesn’t start trending, they don’t influence elections -not that these women try to do that, they just tell their stories as honest accounts and don’t expect anything from the audience.

With Stormzy headlining the political music rhetoric today, in some ways lyrical protest is being demoted to a trend. It’s appreciated only because it’s grime, and it’s Stormzy, and they are both in their golden hour. Or maybe it’s a reflection of the music industry and its audience still favouring men.

And with that in mind, are the audience simply enjoying the popular controversy of male grime artists, and overlooking the women that sing in protest for legitimate therapy?

“The power of poetry”

Bethany Montgomery was on the way to becoming a professional basketball player before she fell ill. Doctors discovered a hole in her heart and her symptoms made her feel like trying to “play basketball after taking ten shots of tequila” -impossible, she had to retire. She discovered poetry and it saved her from a pit of depression and alcoholism. ‘Power 2 the Poetry’ was born when she was searching for a new direction in her life. She uses her poetry to battle her struggles and defy stereotypes of race and sexuality.

“It allowed me to make sense of my world”

After Shareefa Energy witnessed Grenfell Tower engulfed in flames, her poetry is what helped her and others around her, especially the residents and families affected, to grieve. In her poem ‘Grenfell One Year Later’ for BBC’s The One Show Shareefa emotes: “Did they tell you the aftermath feels like the remnants of a war zone?”

Poet Ana Paz grew up in South East London where gangs, knife and gun crime were on her doorstep, “I think at some point I became desensitized.” Taking inspiration from hip hop music, she wrote poetry for therapy “It allowed me to make sense of my world, to me and eventually others.”

Women like these fight for the important things. They are not ‘Snowflakes’ complaining about their problems but giving a voice to those who can’t use theirs. The platform they create with their music and poetry connects people in deeply personal ways.