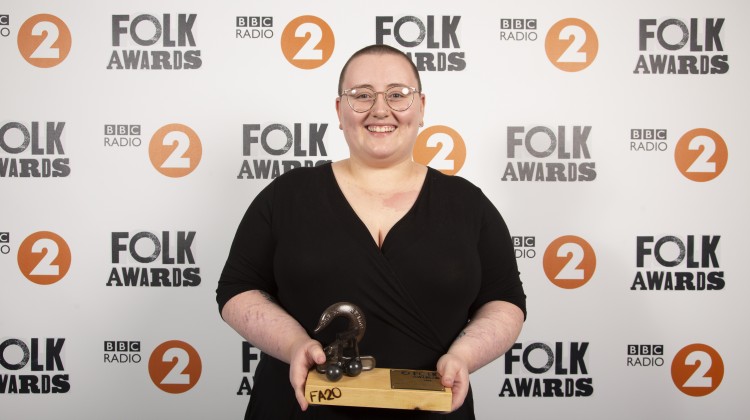 Meet Maddie Morris, a young successful folk singer, songwriter who is labelled as a protest singer after finding herself singing about personal struggles and struggles with society.

Maddie, who is from Bedfordshire studies at Leeds College of Music and has earned herself The BBC Young Folk Award.

She didn’t however start her music career off with writing protest music, but instead found herself incorporating her experiences in her life into her music, and this turned into what can be recognised as protest music. This is something which I have found common with a lot of artists and is definitely a basis for a lot of protest music.

“For a queer person to stand up and sing stories about just their existence it’s always deemed as political.”

From this realisation, Maddie started to purposefully incorporate protest music into her work and started to talk about politics and power structures.

Maddie found through her journey that writing as a queer person and/ or as a woman and talking personally about your life experiences you are automatically being political due to the climate we live in.

If she were to write love songs about men instead of women it would have been a different story.

She also believes that just by creating music it is a political act.

Protest music is around today because people are witnesses atrocities happening in front of them and music is transparent and honest about what is happening. Maddie quotes a phrase that says folk music is for “disturbing the comforted and comforting the disturbed.”